Protein expression is a technique used in proteomic studies to measure the amount of protein in a tissue or cell and is also widely used in medicine, life sciences, and biotechnology, among others. You can get the best recombinant protein expression service to provide you a unique combination of service quality, subject expertise, and cost savings. 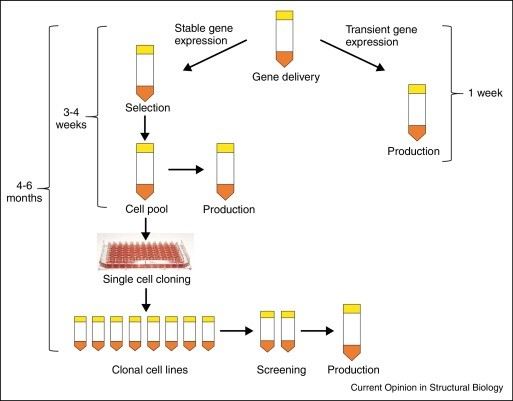 Mammalian cells make the most extensive modifications possible after translation. They can also activate the secretion of glycoproteins that are well folded and possess complex antennae oligosaccharides containing sialic acid.

The mammalian expression system has its uses, but there are three other systems that can be used depending on the organism involved and the purpose.

The usual first choice for recombinant protein expression is a bacterium called Escherichia coli, or simply E. coli. Protein synthesis in this type of bacteria has been shown to be fast, easy, and highly productive.

On the other hand, the yeast protein expression system is the cheapest option for eukaryotic expression, and this is true for intracellular expression and secretion. It is believed to be ideal for the mass production of recombinant eukaryotic proteins.

Baculovirus expression is another expression vector system recognized worldwide as a robust and flexible option for producing the highest quality proteins.

Unlike E. coli, there are many advantages associated with insect cells, including greater solubility, the ability to mix modifications after translation, and higher production of secreted proteins.